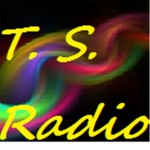 Rick Oltman on the Illegal Immigration Showdown on The Ruthie Report
Please join Ruthie this week Thursday Nov 13th, 2014 from 8-10 pm CST
with GUEST: RICK OLTMAN of the Tea Party Immigration Coalition
Rick will join the program at the top of the 9 O’clock hour
Rick and Ruthie will discuss the ‘Immigration Showdown’ currently developing in Washington
They will discuss how both see it playing out and what ‘We The People’ must do to stop it.
Who the players and shakers are in Congress that can assist us in doing just that and if Obama
does proceed - should Congress move to impeach.
They will also discuss what actions and calls the Tea Party Immigration Coalition are calling for and supporting.
Thought/Question: Why is it that those newly elected to Congress who promise to stop Obama’s lawless amnesty
are not educating the public on the facts of illegal immigration - adding support to their stance
RE: Lawsuit by Career ICE Attorney Exposes Obama Anti-Enforcement Campaign
We will discuss it.
Bio:
Rick Oltman has worked for border security and immigration enforcement for over twenty years. He has lobbied in Washington, DC and in dozens of state capitals for secure borders and immigration enforcement. He has been featured on PBS’s Jim Lehrer News Hour, MSNBC Reports, CNN - including Talk Back Live, Lou Dobbs and Anderson Cooper 360, FOX Business Channel and FOX News Channel including Hannity & Colmes, The Big Story, In the Heartland, Cavuto on Business, Glenn Beck, Just In with Laura Ingraham, FOX and Friends and many other interviews. In 1994 Rick was Chairman of the YES ON 187-SAVE OUR STATE campaign supporting Proposition 187. In 2004 Rick led the effort with Arizona activists to qualify Proposition 200, Arizona’s state initiative that required proof of citizenship when voting or applying for public benefits . Prop 200 won with 57% of the vote. Contact Rick at [email protected]
http://www.blogtalkradio.com/marti-oakley/2014/11/14/rick-oltman-on-the-illegal-immigration-showdown-on-the-ruthie-report
THE RUTHIE REPORT
6:00 pm PST - 8:00 pm CST - 9:00 pm EST
Call-in Number: 1-917-388-4520
Click here and then on The Ruthie Report
URL: http://www.blogtalkradio.com/marti-oakley
(select corresponding date)